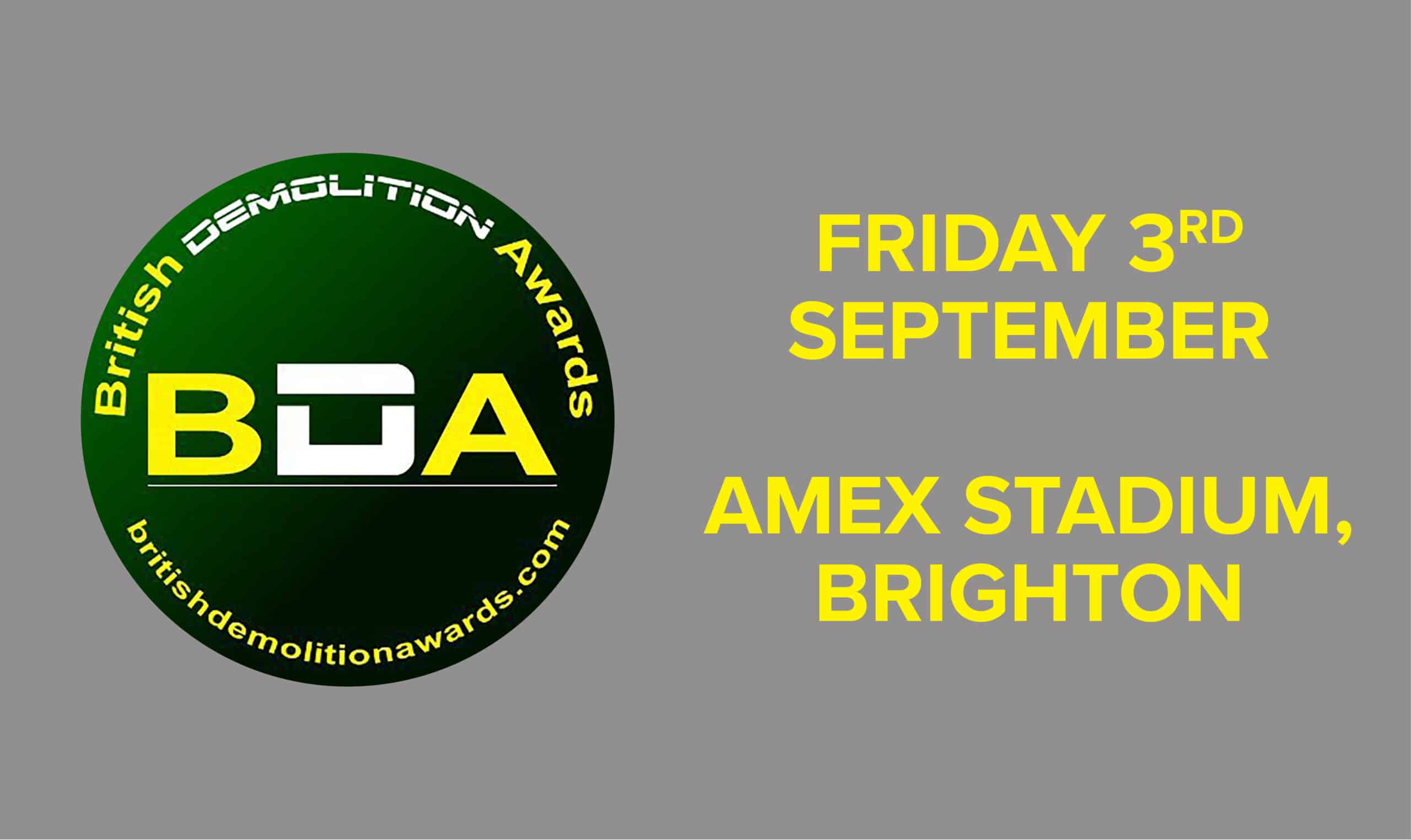 Liugong Direct UK, one of leading equipment suppliers for the demolition sector in UK, is now the Principal Sponsor of the 4th annual British Demolition Awards.

Liugong Direct UK has agreed to be the principal sponsor of the fourth annual British Demolition Awards, powered by Demolition Hub magazine.

The awards, to be held at Leicester City’s King Power Stadium on 2 September 2022, champion all things British demolition.

Event organiser Ben Chambers says: “My team and I are delighted to have such a huge name as our lead sponsor. Having had a year of being invited out and about with demolition contractors, there is one name that I see more and more, and that is LiuGong.

“My last couple of visits to Cawarden and Metro Deconstruction are testament to the fact that the company is making a huge mark in the UK demolition sector, so what better brand to have as official event sponsor than LiuGong, with its range of specialist demolition excavators.”

The 2021 British Demolition Awards, held in September at Brighton and Hove Albion’s American Express Community Stadium and the last to be sponsored by McCloskey Equipment, was a huge success. Ben Chambers says: “I thank Noel and his team at McCloskey massively. Their investment since 2018 has allowed these awards to happen. I will be forever thankful to McCloskey for their support over the years and I really look forward to sharing a drink with Noel and the team in Leicester.”

Steven Ford, Managing Director of LiuGong Direct UK says: “2022 will see Liugong ‘moving up a gear’ throughout Europe in an effort to gain further brand recognition. Liugong UK have always focused on demolition as one of their core segment groups and this will continue in 2022. We recognize Demolition Hub as a strong supporter of the demolition sector and therefore we are delighted to be given the opportunity to sponsor the 2022 British Demolition Awards being hosted by them.”

The 2022 event will cater for up to 600 guests from the demolition, construction and asbestos sectors, with a late licence at the King Power Stadium until 2am.

Well over £6,000 was raised for the mental health charity Mates in Mind at the 2021 awards, and the organisation will once again be the designated partner in 2022.

For attendance or any other enquiries, please contact the British Demolition Awards team via: awards@chambers.media.

LiuGong is a Chinese global construction equipment manufacturer with 19 product lines, 20 manufacturing facilities, over 9,500 employees, and 300+ dealers in more than 100 countries.