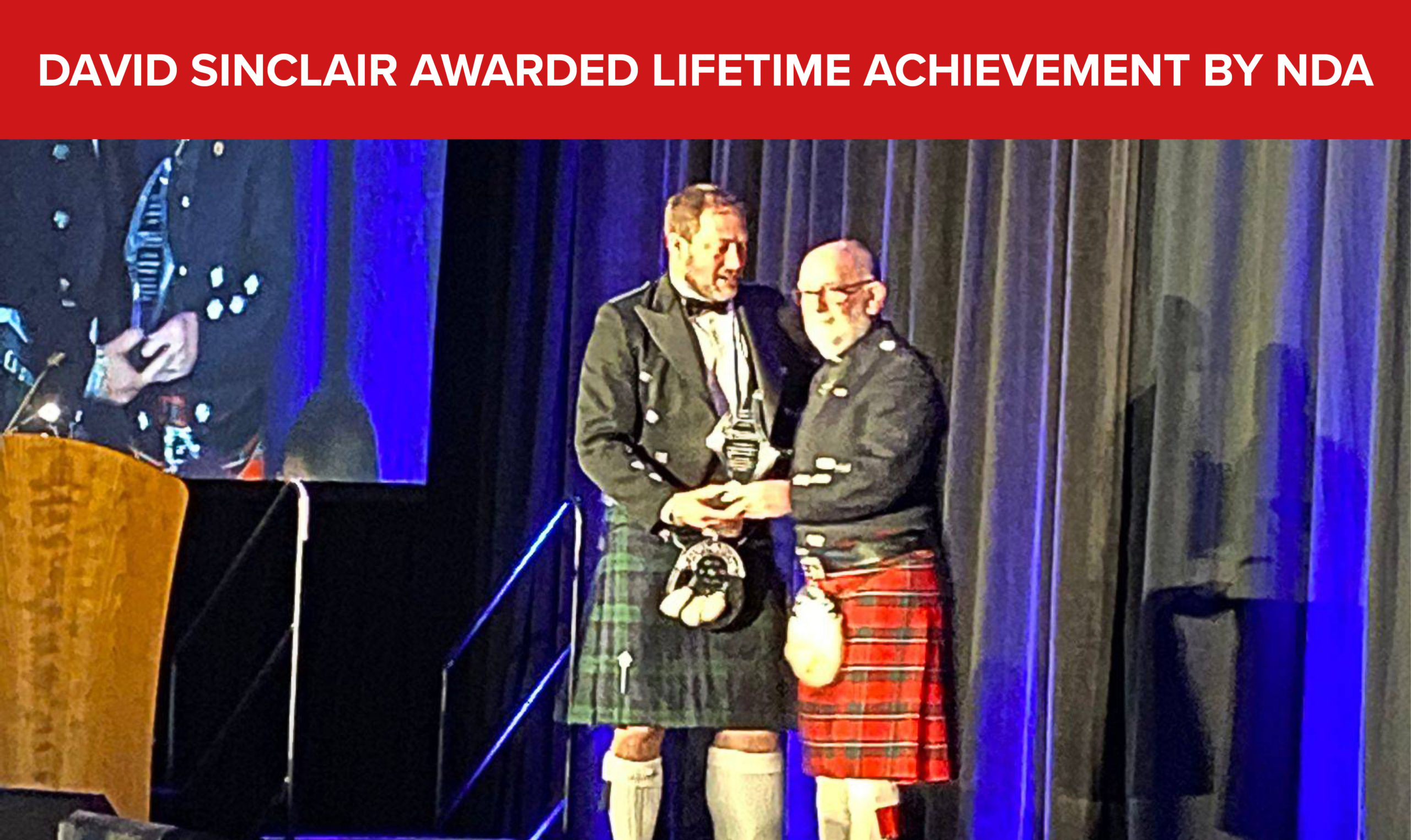 On the last day of the National Demolition Association’s ‘Demolition San Diego’ event this past week, demolition maestro David Sinclair was bestowed with the 2022 NDA Lifetime Achievement Award.

To acknowledge the proud Scotsman’s award, all senior members of the NDA were dressed in full tartan kilts and apparel and were guided into the main hall by the sound of bagpipes.

David Sinclair is a third-generation member of a family that has been involved in the demolition industry for over 100 years both in the UK and globally. In fact, family was a key point in his inductor and son William’s speech.

William gave a resounding, humorous and touching speech regarding his father’s life, career and work ethic. This attitude continues to this day, with the work ethic instilled in succeeding generations through to William’s own much loved grandchildren.

Current NDA President Scott Homrich, who was there with William to hand over the award, acknowledged David’s outstanding achievement in taking a leadership role domestically and internationally, including with the National Federation of Demolition Contractors, European Demolition Association and NDA.

Huge congratulations to David Sinclair for this fully deserved accolade.