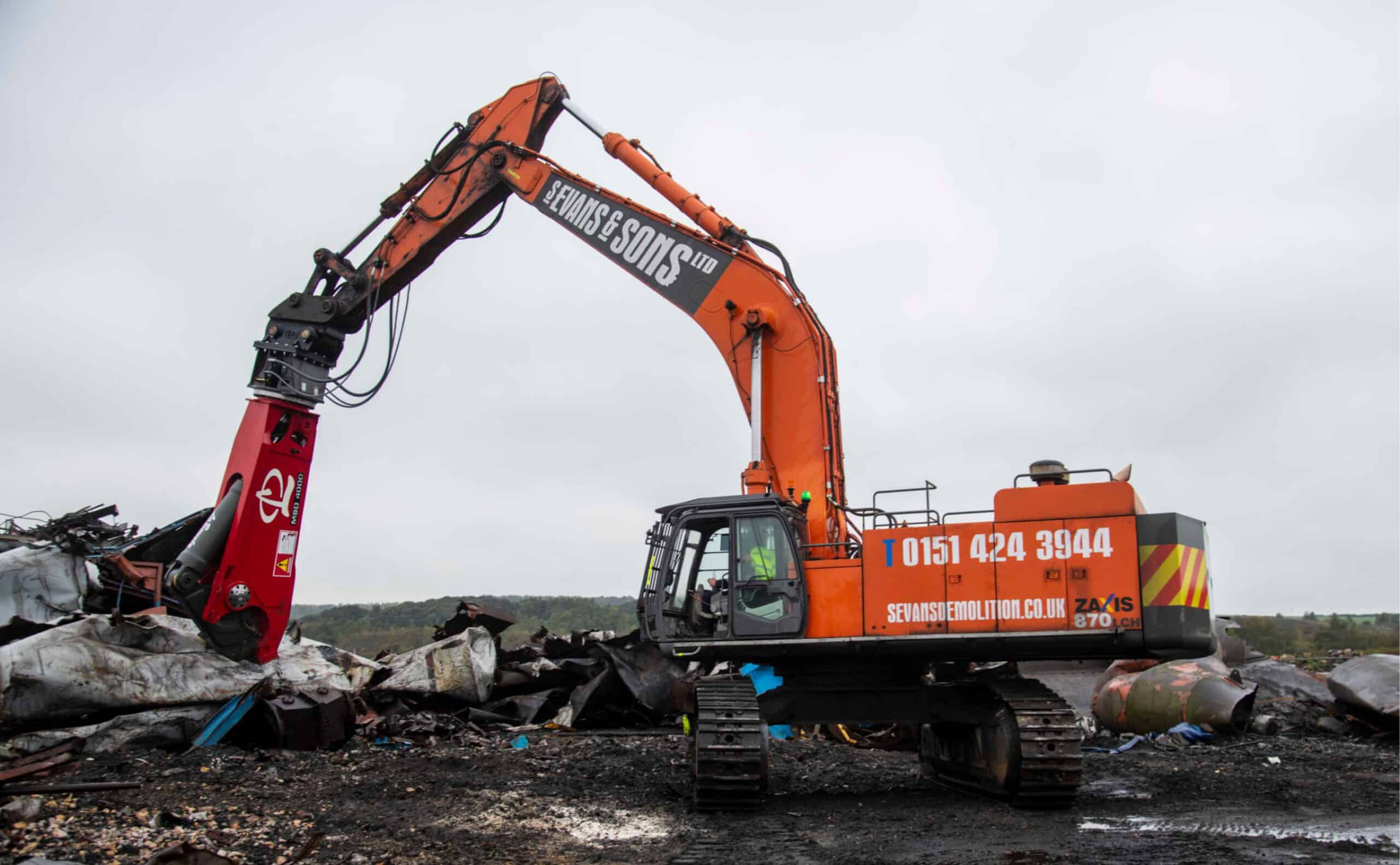 One of the UK’s leading demolition and dismantling specialists, S Evans and Sons have recently invested in a new frontline LaBounty shear for their ongoing projects demolishing redundant buildings on British Steel’s huge Scunthorpe Steelworks in North Lincolnshire. The company, which produces around 3 million tonnes of steel each year at its Scunthorpe site, is now working with S Evans and Sons to safely conduct the required demolition work.

The Widnes based company operate around the UK on high-profile and complex demolition and dismantling projects and run a variety of shears in their extensive fleet including a newly purchased LaBounty MSD 4000R Legend Shear supplied by UK dealer BPH Attachments.

“We needed a new shear to tackle the heavy dismantling works we have programmed at Scunthorpe.” Operations Director Jordan Sumner explained “We spoke to Matthew at BPH and both he and his team were very helpful in explaining the upgrades recently made to the US-built MSD Legend Shear. We have some very heavy steel sections on our upcoming projects and the revised beak design with improved penetration and lower maintenance costs impressed us immensely.”

With an operating weight close to 10 tonnes, the MS4000R has been mounted to Evans’s 90 tonne Hitachi 870 excavator. Operated by experienced demolition man Neil Durkan, the new shear has made an impressive start with him.

“For such a heavy shear, it seems a lot smaller than our other 10t class models. It’s also very quick and cuts like a dream. We’ve got an older version of the shear on site but this new version is about 1.5m shorter making it far easier to handle.”

The MSD 4000R Legend Shear boasts a jaw opening width in excess of 1m and a cutting force of over 1800 tonnes, allowing it to handle the heaviest of steel sections found at the steelworks.

“We have been very impressed with the shear’s productivity so far.” Jordan comments “We’ve also been impressed with the service and the back up so far from BPH. They have met our operating cost and specification requirements, and nothing has been too much of an issue for them.”

In 50 years of demolition we have the expertise to demolish or dismantle any kind of structure, the skills to retain items of value, and the ability to leave the ground like nothing was ever there.

One of the UK’s most respected suppliers of high-quality hydraulic excavator attachments including PRODEM and LaBounty, offering nationwide coverage from our four depots for attachment hire and sales.