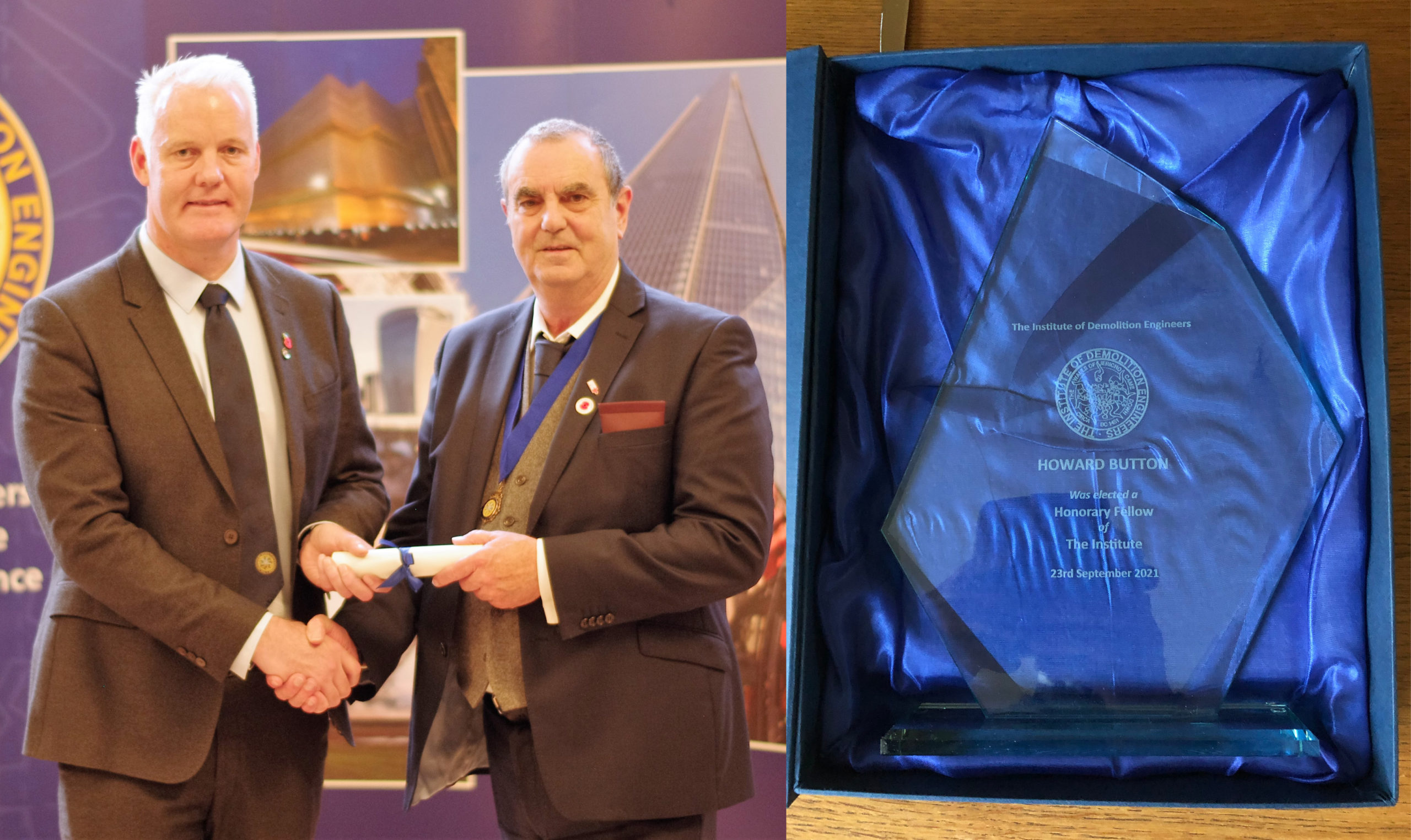 There is no denying that NFDC’s CEO Howard Button has been a long-serving figure within the demolition industry, starting out his career at his family firm W.F Button & Son in 1967. Over the many years of his career, Howard has pushed for change and progress within the sector and as such has earned prominent positions, serving as NFDC President between 1996 and 1999, followed by Presidency at the IDE, before his current role as NFDC CEO.

Howard Button first joined the IDE in 1994, initially interviewed by then IDE President Mary Bradley at the Institute of Civil Engineer’s headquarters, before presiding over the IDE for two years between 2000 – 2002 and notably organising the Institute’s very first seminar at the same venue.

In a full circle of events since his entrant interview with Mary Bradley, Howard once again returned to 1 George Street London for the IDE’s 2021 AGM and Annual Luncheon on Friday 12th November, where he was awarded Honorary Fellowship.

An honorary fellow is described by the IDE as ‘having attained an advanced number of years operating or consulting within the field of demolition engineering, have rendered notable services to demolition engineering or to approved, or to have made an extraordinary contribution to the work or advancement of the Institute.‘

It is with pride that Howard Button accepts the accolade, which recognises almost 30 years with the Institute, but an even longer tenure serving the demolition industry. A tremendous achievement, well done Howard!